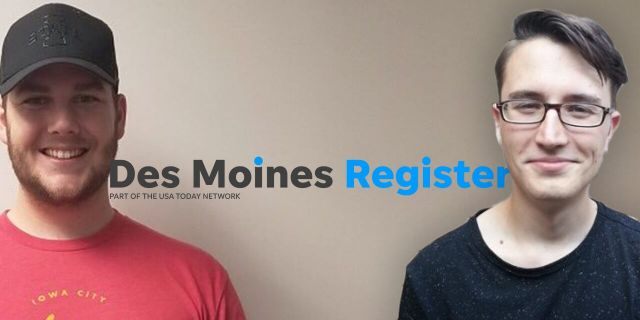 Every once in awhile the best of us has to admit that we didn’t research something as well as we could.  Although at the time, I don’t know I could have figured all this out.  I recently wrote a blog post about the incident surrounding Carson King and the exposure by a reporter of racist tweets in his past, and I commented how this type of thing is far too common in journalism today where someone’s past is brought up, despite the fact that they are clearly not that person anymore.

While I don’t think my overall conclusion is wrong, the inspiration for me writing that post was a story more complex than I initially thought.  This link is an article written by the journalist who was apparently fired in response to the public outcry at making meat out of Carson King’s past tweets.  After reading it, I think he sounds like a decent person who had no ill intent.  According to the editor of the Des Moines daily register the background profile that reporter Aaron Calvin is standard practice.  As I read, what seems to be the original article here, it is a very positive article and the tweets are mentioned at the very end with commentary by the journalist about how much Carson had changed.

We can argue about whether bringing up at all has any value,  but we could also argue that knowing how ridiculous Twitter could be, that he was genuinely worried about the wrong person finding it out and spinning it without King’s input.  So maybe it was better getting ahead of it.  According to Calvin’s write up about the whole incident, Carson King himself had the same thought and did the press conference giving people the idea that Calvin was trying to sink him, himself.  King seemed to have no ill feelings towards the Des Moines Register or Calvin, and I think Calvin makes some salient points in his sum up of the incident.   Perhaps in the end, this incident ended up being chaotic and disastrous because of the worry, or perception of cancel culture.

13 thoughts on “Update on a recent blog post of mine”