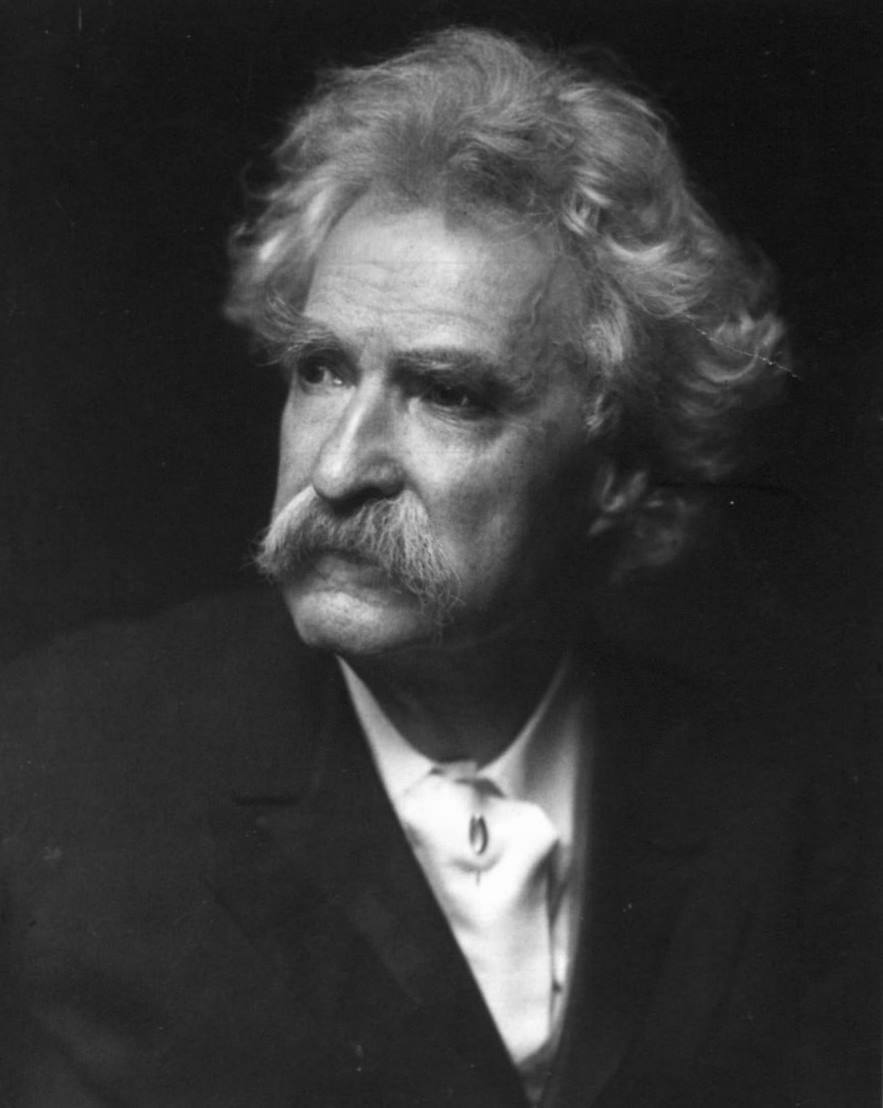 During many ages there were witches. The Bible said so. The Bible commanded that they should not be allowed to live. Therefore the Church, after eight hundred years, gathered up its halters, thumb-screws, and firebrands, and set about its holy work in earnest. She worked hard at it night and day during nine centuries and imprisoned, tortured, hanged, and burned whole hordes and armies of witches, and washed the Christian world clean with their foul blood.
Then it was discovered that there was no such thing as witches, and never had been. One does not know whether to laugh or to cry…..There are no witches. The witch text remains; only the practice has changed. Hell fire is gone, but the text remains. Infant damnation is gone, but the text remains. More than two hundred death penalties are gone from the law books, but the texts that authorized them remain.
– “Bible Teaching and Religious Practice,” Europe and Elsewhere

I’ve used this quote often in debating and discussing religion with people. And I’d like to pose the question, why can’t we edit the Bible? Now of course I have a general problem with any book that is 2000 years old being a meaningful guide about how to live life now, but get to know any Christian and you’ll find that the amount of principles in the Bible they actually live by are a small portion of them. More importantly, the Bible is filled with so many contradictory verses that people can literally pick and choose the bible-based philosophy that suits them. Of course if we are going to edit the Bible who gets to decide what goes in and what goes out? Perhaps a committee should be formed. It doesn’t seem like that should be too hard to do considering that is how the Bible was originally formed about half millennia after Jesus Christ was supposed to have lived.

Let’s face it, such Christians are great.  They are enjoyable people to be around.  They don’t like those other extreme groups that call themselves Christians, but clearly aren’t.  All their fire and brimstone talk, their eye for an eye mentality, their inability to adapt to the times, their wanting to pass laws that are prejudicial and not pluralistic.  They would also like you to know that though there were dark times in Christianities past, those people were not the true Christians.  No matter how mainstream it was.  Good Christian congregations existed even in the darkest of times and those are the people that truly understood the Bible.  And by the way, the Bible has so many positive verses in it.  Things about loving your neighbors, not judging others, helping the poor, being compassionate, loving your family.  The list goes on.

So this is brilliant.  Such Christians truly help to make the world a better place and if there are right about it all, then we probably should have paid more attention to these models of morality.  I’m not being sarcastic in the least.  However….

We have to ask ourselves then, where did these less than savory Christians come from?  Who are these people who are divisive and judgmental?  Who are these people that would rather force their religious beliefs down our throats rather than allow us to exercise the free will that God so desperately wanted us to have so we could choose to love Him?  Why do they so pedantically want to take a book that is supposed to be word of God literally.  Why do they insist on taking some verses that are prejudicial and hateful instead of verses that are peaceful, tolerant and compassionate?  Why do they focus on instill fear instead of love?  Why aren’t they turning the other cheek? Why aren’t they interpreting the Bible correctly?Why aren’t all Christians the good people they are supposed to be?

Well maybe it’s because they had bad teachers of their faith.  Maybe it’s because they have low levels of education.  Maybe it’s because their parents were judgmental, strict people who never gave their children the freedom to ask questions and really explore their faith.  Maybe they grew up in an intolerant environment.  And all these things are possible, but wouldn’t anybody turn out to be a rather less than good person in such an environment?  And maybe the reason you are a good person is because you were raised in a good and loving environment and wouldn’t anybody turn out the same way regardless of their religion?  And why should the word of God Himself, the perfection of perfection, the only omniscient presence in the universe depend  so much on someone’s level of education, how they were raised?  Why is it so easy to get it wrong and misinterpret it?

But what if there is a much more insidious possibility?  What if those “bad” Christians actually think they are good Christians.  What if they think Christians like you are the problem?  What if they have as much biblical support for their way of thinking as you do for yours?  What if there are actually more lines in the bible that promote violence, oppression of women, and persecution of non-Christians than ones that actually are against these behaviors?  What if all those lines about there being witches and making slaves out of people are still in there even though we, as a society, no longer promote such ideas?  (By the way witch accusations may be making a comeback!) What if they are ignoring just as many verses that disagree with their worldview, as you are ignoring to support your worldview?

The Christian bible has been translated from language after language, and is already different from the original due to the difficulties in translating the Bible.  Many of the books of the Bible cannot be verified to have been written by the author that is claimed.  The Bible is certainly not in the same form always and the books of the Bible have been put together well after Jesus’ death.  So what would be so bad about editing the Bible.  Because if there are people out there who are actually using bad parts of the bible and as a result are not good Christians, wouldn’t it be worth removing those parts? Wouldn’t it be worth including some extra stuff that wasn’t in the Bible because it was not known then, but it is known now?  I mean if the word of God as described in the Bible is outdated and not even used by good Christians, why have it in there?  Why no just leave it on the shelf in libraries so people can see what the Bible used to be like?  Have it simply as a historical reference to what life was like 2000 years ago.  Because it seems to me that the word of God is confusing a lot of people.  So maybe it’s time to separate the wheat from chaff in the Bible so that God is a little more justified in separating the wheat from the chaff after we die.  And if you are worried about the morality of editing an original historical work, then also consider the morality of leaving a whole lot of archaic and horrible practices in the Bible and selling it as the word of God.  And if you are worried about where to start, George Carlin has risen from the dead to help you with a few suggestion on amending the 10 commandments.

Without an update, the Bible is really just a string of stories, laws, and lessons that range from violently psychopathic to ultra loving and compassionate in which we are all just picking and choosing the things we want to support the type of person we already are.