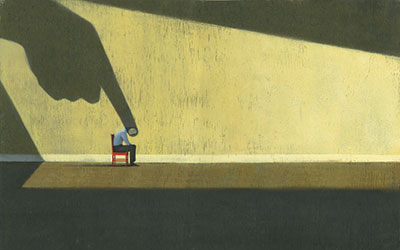 Shame is the topic today.  I’ve decided though that I want practice being more creative with my writing.  While I enjoy writing out my thoughts in essay form, and many of you have been kind of enough to appreciate it as well, variety is the spice of life, and I need to practice more variety of expression.  Especially I still have this dream of one day writing some sort of work of fiction, and so I need to practice wordcraft and storytelling more.  And I venture it to such an area, I risk making myself more vulnerable as I express a part of myself I am less confidence in my ability to express.  The connection between vulnerability and shame was brought to my attention this week through a wonderful TED talk. This culture of shaming,

especially through social media has been on my mind a lot over the past year or so, since I saw an excellent interview on the Daily Show with Jon Ronson.  An article on the book he has published is here.  So I shall let the talk and the article do the intellectual speaking for me, and I will instead put forth this poem on the subject.  In my head this poetry would be expressed as a rap, or rather a dialogue between two rappers.  In my head are a lot of the songs from the musical Hamilton which I am sure had somewhat of influence on my mode of expression. lol  Also, fear not, in my head I also know I have the least amount of street cred to be rapping.  🙂

I’m not a lynch mob, I’m just here all alone,
Reading about all the things that I don’t condone,
Concerning people whom I’ve never really known,
Shaming bad people from behind my telephone

You’re fat, you’re ugly, and you’re a fool,
You’re so fucking dumb, didn’t you go to school?
Are you even dimly aware of the newest rule?
Exposing what you are, makes me look cool.

You see, I’ve made the world a better place,
By showing all the planet your true face,
I got no time to check the facts of your case,
Because, I’ll fall behind in this shaming race.

Each like I get invigorates me,
And helps me hide my vulnerability,
I don’t make mistakes, you want empathy?
You see I’m only one person, just let me be.

A million views, the shares have swirled,
Full of mocking laughter, insults hurled,
I’m a link in this chain of shame that’s unfurled,
A virtual crowd to crush someone else’s world

Do you like what I said, do you feel remorse,
Do you feel bad enough to correct your course?
I scream and scream until my voice is hoarse,
Shame is my game, I’m a dangerous force.

But what if you’ve not made anything better?
Addicted to shaming, bound by a fetter,
Just another follower, you’re no jet-setter,
Passing judgment on others letter by letter

Shame never informs, has little to tell,
Gives you nothing to build, and nothing to sell,
There’s no way it will ever serve you well,
Don’t be a part of that shaming carousel.

Was that 8 second verdict more than it seemed?
Shame them to goodness, is that what you schemed?
They’d learn their lesson, is this what you dreamed?
Whose soul did you think would be redeemed?

You’ve put a hole in the soul of those that you shame,
Anger, isolation, depression just fan the flame,
Of violence and hurt, now you’re partly to blame,
Should you make a mistake, do you deserve the same?

So you see with such ease we’re blinded to the pain,
That we cause for momentary emotional gain,
In a world filled with hurt it’s so hard to stay sane,
But shaming doesn’t help, we’ve got to refrain

I speak from experience, I know how you feel,
To stare at the screen, wondering what’s real,
Forsaking personal growth for mass appeal,
But what part of the heart do you think we reveal?

Oppose what is wrong, but don’t dehumanize,
Know your own imperfections, try to empathize,
Keep on yearning for learning and you’ll grow to be wise,
Add joy to the world and watch your spirit rise

12 thoughts on “The Shame Spiral”