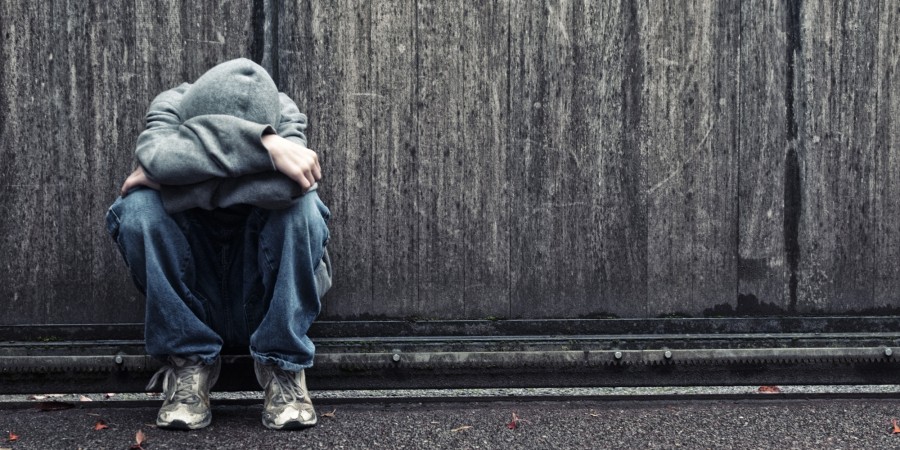 Washington, D.C. – Last week, the bombing of Aleppo, Syria caused social media in the U.S. to surge with evanescent concern for their over 500,000 homeless people.  Experts are saying that the plight of Syrians has been one of the best tragedies for getting people to feign interest over the increasingly prevalent problem of homelessness in the U.S.  One of the more moving scenes from last week’s bombing was the vacant expression on the face of a young boy, Omran Dagneesh, who was pulled from the rubble in the aftermath and bolstered vast amounts of fleeting sympathy for homeless people.  Once his wounds had been tended to, reporters had a chance to speak to him about his reactions to the near end of homelessness in the
U.S.  “Of course,” remarked the traumatized young boy, “I am pleased that my town, my neighbors, could all be bombed so that people in America could demonstrate momentary outrage at the terrible homelessness problem.  I mean it’s the most powerful economy of any country on Earth so I was glad that bricks and cement could bury me like that so that people could seem to care for homeless people, even if just for a day.”

Omran Dagneesh’s father echoed his son’s joy at being part of the short-lived concern for homeless people in the U.S.  “I only wish,” said the smiling father whose life was recently destroyed, “that we could have shown pictures of the other children, particularly the ones that died.  Oh and my neighbor who was pregnant and whose unborn baby was killed in her womb.  I’m certain that concern for homelessness could have trended on Facebook in the U.S. in a much more significant way.”

But social media experts say last week’s wave of false concern was small in comparison to last year’s overwhelming spurious concern for the homeless.  Reporters asked Facebook co-founder and CEO Mark Zuckerberg whether this was true. “There is no doubt that when millions of Syrians were desperately fleeing the deteriorated conditions in Syria last year, the concern for homeless people was so great that it almost felt tangible.”  Zuckerberg added, “not tangible enough to do anything, but boy you really felt liked homelessness would be over soon.”

Long time Facebook user David Olsen of Battlecreek, MI remembers the time well.  “I don’t know what came over me,” reflected Olsen, “as I saw so many articles being posted about taking in all these Syrians who were completely destitute and in need of help, I suddenly become aware of all those who were destitute and in need of help, and thought about our own homeless.  Unfortunately, I was too busy reminding everybody about them to donate any money or volunteer any time to actually help them.  But you know it really felt good to get the information out.  When news about the Syrians disappeared from my newsfeed, it was like the homeless problem disappeared as well. Problem essentialy solved.”

Other Facebook users like Shirley Potter of Enid, OK however had a difficult time showing overall temporary care for homelessness.  “In general I think homeless people just need to pull themselves off their bootstraps,” said a resolute Potter, “but I am very pro-military, and when I found out that many of our vets were homeless as I learned about how much help the Syrians needed, I was able to join the chorus of people with transient sympathy for homeless people.”

To get the opinion of those who were at the receiving end of this ersatz concern, reporters asked homeless man Barton Kirby how he felt.  Kirby however was too moved to respond by the fact that in 12  years nobody had asked him his name and also that reporters didn’t spit at him. 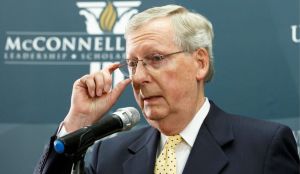 At the political end of the spectrum Senate Majority Leader, Mitch McConnell (R-KY) answered numerous questions from reporters at a press conference last week.  “Ultimately as a nation we can only act like we care for so many things at once, and we simply don’t have the resources to be helping Syrians with so many homeless people about,” exclaimed the senator from the nation that spends a higher percentage of their GDP on health care than any other developed nation.  “Currently we lead all developed nations in the category of child homelessness.  This problem isn’t going to go away unless we really get exposed to some long term suffering of the Syrian people so we can generate some solid and temporary concern for the homeless.”  The senator then added “We also have other problems we need to pay lip service to.  There are our veterans.” asserted the senator from the country that spends more per capita on defense than any other nation over 30 million people, and still has homeless veterans and veterans without proper physical and mental health care after their service. “We also have many people unemployed,” declared the senator, part of a congress whose work to pass jobs bills has been dwarfed by the over 60 times they tried to repeal the ACA, “so you see we have our hands full with all these other things we pretend are important, and can’t possibly help Syrian refugees.  And we’d like to thank the media for exposing the issues the good people of Syria face so we can continue this very moral and serious façade of being too busy working on our own problems to help others.”

Some detractors say that ultimately helping people is really more about the political and popular will to do so, but Dave Olsen disagrees.  “The only way we can solve homelessness through mock empathy is if we remain vigilant to stories about the suffering of the Syrian people.  I, along with many others on social media, are working together as a community to make sure that the Syrians never get helped while inspiring us to keep talking, but not actually doing anything, about the very important topic of homelessness.”