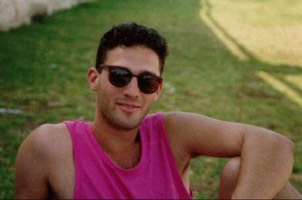 Omaha, Nebraska – Area man Derek Sonnerson expressed his deep disappointment in the locker room talk at the local LA Fitness that he had been a member of for 5 months.  “I find myself in a position of needing to join a new gym because my current locker room talk doesn’t live up to the high standards of misogyny and descriptions of sexual assault I had been led to believe happened in this environment.”  Sonnerson who pretty much just wanders around the machines to stare at the females working out, and then heads back to shower to talk about them as objects has found the opportunities for guy talk severely lacking.  “You know, I stuck it out at this gym for several months, come at different times of the day, but can’t really seem to strike up a conversation with anyone about my creepy sexual exploits.”  A dejected Sonnerson said reactions have ranged from disinterest to disgust.  “Most of the time guys are just talking about their kids, sports, or politics.  It’s really disheartening.  One time I came in and these two college students were talking about some hot girl one of them was going to ask out to the movies and I said something like, ‘are you going to wait until the lights are low in the theater before you grab her pussy?’  They just told me to fuck off and called me a loser.”

Sonnerson says his current challenge is getting out of his current gym membership.  He’s submitted a request for a refund citing “unfriendly locker room environment” as his reason.  We talked to the LA Fitness manager Michael Thorn about the situation. “Frankly at this point,” Thorn said with some exasperation, “I’m prepared to give him is money back.  We’ve been getting a lot of complaints.  Women say he’s leering at them; men say that he keeps bothering them in the locker room.  I have to clear it with upper management, but usually in these cases it’s a no brainer.  He’s bad for business, we just want him out.”

Sonnerson seemed optimistic, “I know somewhere out there is a gym just waiting for a person that devalues women like I do and with a locker room full of guys that want to talk about it.  I just have to keep searching.”