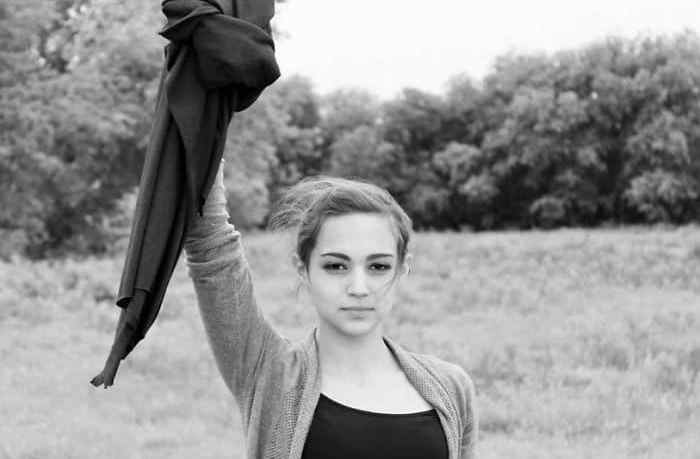 I listened to a podcast a couple weeks ago where Sam Harris was interviewing Yasmine Mohammed.  It was a wonderful interview and even emotional.  For those of you who don’t know Yasmine she is an ex-Muslim who immigrated to Canada as a child, and ended up being raised by a very strict Islamist (who incidentally had multiple wives) and was forced to marry a guy who turned out to be a Muslim extremist.  She experienced a lot of abuse from her biological father, adoptive father, and her husband.  Her husband was actually part of ISIS and now supposedly resides in a prison in Egypt although she has been unable to confirm it.  The long and the short of it is, that she has had the full experience of what many women go through in Islamic society as second class citizens.  I would argue that citizens are humans and I am not sure that many women qualify even as human in traditional Islamic communities.  What they go through is absolutely dehumanizing.

But I am not here to talk about the problems with Islam.  What I found really interesting about the interview was the discussion about how in the west, the left rarely criticizes Islam for how it treats women.  We can criticize Christianity’s patriarchal values, have TV shows like Handmaid’s Tale which show just how oppressive Christianity can be, but the rules are different for Islam and how they treat women.  Yasmine finds it despicable that they even try to use the hijab as some sort of symbol of female empowerment in Islam, when that is really not what it is at all.  She says that Muslim women are “othered” in western society, like they are not equally human as white women, that they don’t want the same freedoms that white women have.  And I have to say, that I agree.  I think any practices, whether they be in the context of a religion, culture, or society at large that demean and/or oppress women should be open to criticism.  And women in the west, who enjoy a great deal more freedom than many Muslim women, should be joining Yasmine’s fight again a very patriarchal religion.

So I wanted to support Yasmine and followed her on Twitter where she is fairly active. In many ways it doesn’t make a lot of sense why feminism in the west would be on opposite sides of this battle.  And if I consider myself a feminist, then Yasmine is absolutely correct, she’s just human and humanist values should apply to her.  I see feminism as fitting into the larger umbrella of humanism.  But when I started making comments in support and in defense of her points I noticed something quite interesting.  When I would look at the profiles of many of the people who liked my comments, I was surprised to find that many of them were Trump supporters, conservative white males who consider themselves libertarians, and a lot of people who I would consider to be politically alt-right.  It made me feel uncomfortable.  It made me wonder, what type of person am I supporting here if all these people who I would disagree with on almost about everything else are seeming to be on the same side as me?  So while it doesn’t change my stance that we should be just as critical of patriarchal ideas embedded in any religion, I started to see what the left might be rejecting here.  If supporting an ex-Muslim fighting religious patriarchal values is putting you on the same side as conservative, alt-right racist types, what is the answer to effectively supporting people like Yasmine?

So then the question for me became, okay so what is going on?

I don’t really think the last one is true, but I think it’s important to consider the question.  Where do we go from here?  Now I’m not sure whether Yasmine is politically conservative or not.  Certainly I think it’s possible to want equality for women while still supporting fiscally conservative issues, but I would say certainly Yasmine is socially liberal based on what she has said.  Perhaps if more people on the left spoke up in support of Yasmine, all those alt-right followers would flee from her side, not wanting to be allied with us because they would have the same uncomfortable feeling I had!

While I sympathize deeply with what Yasmine Mohammed went through, I do think it’s also a reality in the west that minority races and religion can experience a lot of prejudice and racism, and so in some ways I understand perhaps not wanting to critique a religion that is largely followed by darker skinned people so as to not feed stereotypes that can be used by people that would oppress them.  I also think that if we are concerned with things like freedom of speech, gender equality, LGBQT rights, we have to be constantly fighting against bad ideas, and Islam, just like Christianity has a bunch of bad ones.  Islam is a huge religion and I can only imagine that the amount of women and girls is in the 100s of millions who need liberal voices fighting for their rights in the same way we fight against Christian patriarchal values.  I believe it is possible to fight against both prejudice against Muslims, and also still criticize the oppressive practices that Islam advocates and are practiced daily around the world.

56 thoughts on “Where is the Liberal Support for Feminism in Islam?”