I was having a discussion the other day with Victoria over at VictoriaNeuronotes about heroes. And how we idolize people and then seem almost shocked when they turn out to be human and with flaws. Sometimes they are deep and serious ones (i.e. Bill Cosby). Maybe it’s not too surprising that we do this since most of us grow up thinking our parents are heroes and only over time become aware of the fact that they too have flaws and so maybe it’s a natural tendency in humans. I’ve wrote about hero worship before, so that’s not what this post is about. But I started to think about what a hero actually is and how odd of a concept it really is. When we think of heroes we tend to think of someone standing alone, overcoming all odds, a man or woman against the world that is solely focused on tearing them down. But isn’t it odd that we should idolize such a figure, given that it never, ever happens that way. Okay maybe not “never”, certainly every once in awhile you have someone walking along who sees someone calling for help from a burning building and is saved, but these heroes are heroes of circumstance. In the right place and the right time, and maybe not heroes at all, just doing what every creature of conscience would do in the same circumstance. For most people we idolize they never really stand alone. Whether it be military, firefighter or police who benefits from the experience of those who trained them, and the coordination and cooperation of their fellow soldiers, fighters, or cops. Maybe it’s Martin Luther King Jr., Ronald Reagan, or Gandhi? Such men while perhaps great could not have accomplished any of the things they did alone. Maybe we could argue that heroes inspire, but when it comes to actually accomplishing what they wanted in life they needed support. And certainly their ability to inspire may also have been because of those who inspired them.

I then began to think about our fascination with heroes in movies and in television. Whether it is superheroes with unique powers saving the world, a cop singlehandedly defeating scores of bad guys, shooting the down one bullet a time, or a vigilante seeking revenge on those that wronged him many are drawn to the lone figure who stands above it all. Is it our fascination that has driven the stories, or the stories that drive us? Probably the former, but either way it is a positive feedback which may not be overall all that healthy. Pop culture here in the U.S. idolizes the individual to a very high level.  As I’ve argued before while there is value in individuality, but ultimately we don’t get a sense of self without looking at ourselves in relation to others.   We are also an evolved species who survive best when we cooperate and practice reciprocal altruism.  We are a social species, and one that has depended on others for our survival and roamed this Earth in groups.  The lone person defeating foe after foe is an illusion. Real victories are at the cost and hard work of many, whether they be through physical battle, social change, or intellectual progress. One person may start an avalanche, but it is the avalanche that does that damage. 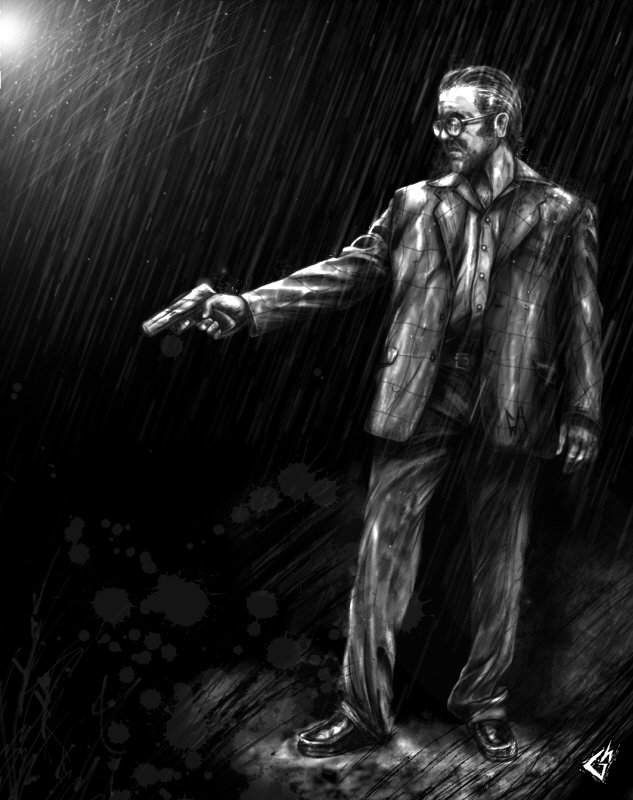 I wonder where this fascination comes from?  Is it deeply psychological, is it only cultural?  Most of us face adversity in which it seems there is nothing that can be done, so perhaps the lone hero satisfies our own desire to overcome the obstacles in our own life.  Is it a function of an over populated world in which we struggle to stand out from the multitudes?  So we love our heroes because of how they stand out from the rest?  And yet this is still an illusion and more often than not, when we raise up a hero we tend to cast other people down.  Such heroes in movies and TV are usually facing less than complex bad guys, and throngs of incompetent henchmen who are nameless and faceless and easily defeated.  Does loving the hero oversimplify their character and cause us to judge people by unrealistic standards, which over time we come to realize that even the hero we’ve elevated cannot meet them?  Does our love of that lone hero breed the Dylann Roofs and James Holmes who believe they alone must triumph over the demons in their lives?

I don’t want to imply that there are no heroes at all in this world.  I am quite certain that there are, but we can certainly change our attitude on how we view them.  Heroes are not perfection.  Nobody is.  I am also quite certain there are those who face incredible adversity on their own without help from anybody.  A single mother who works long hours every day to provide for her children is perhaps just as much a hero as Martin Luther King Jr,, Superman, or any military or police officer.  What seems clear is that in reality none of us do everything completely on our own.  There is no successful company that doesn’t depend on the hard work of all the employees.  There is no rich person who has got to where he or she is all on their own.  While I think it’s perfectly healthy to admire and appreciate the virtues of others when we idealize those people we do them a disservice and ourselves.  The great people of past and present are likely just as flawed as the rest of us.  Maybe all we should be worried about is striving to make the world a better place and maybe that’s all a hero really is.

I’d be interested in hearing others people’s thoughts about heroes.

9 thoughts on “Standing on Higher Ground”