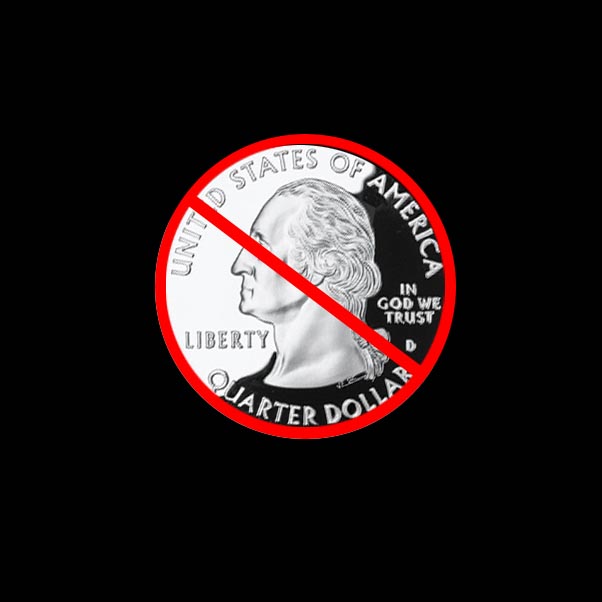 Well I promised that I was going to talk more about my Trump concerns, but unfortunately there is a little more scolding left to do of liberals, which includes me.  I want to talk about complacency and to do that I am going to start with a short YouTube video.

I don’t like her tone very much, and there are a few points I would disagree with, but much of it is hard to hear, because she’s right.  At least in my opinion. Because I was somebody who when Barack Obama was elected I thought that a black man being elected president was a giant step forward and he was so full of hope I felt it.  I felt it so strongly, that I fell into complacency.

The words of JFK continue to ring true, “Ask not what your country can do for you, but what you can do for your country.”  There have been several studies that demonstrate optimism can lead to complacency and perhaps we are all victims of that.  A country this size has many problems and maybe too many people relied on government to fix them all.  The hope and change that Obama talked about was the responsibility of all us.  And as much I really do like Obama.  He had his flaws as we all do.  Hero worship gets us nowhere.  He still bowed down to the establishment more than he should have.  He still continued foreign policy mistakes of previous administrations, and while the economy recovered there was still growing income inequality and many of the American’s at the bottom saw no improvement in their situation.  This article shows that while there was overall growth in employment, the type of jobs and the quality of jobs matter. Hell we have to pay attention to the fact that even a Muslim…nay a Muslim woman voted for Trump.  I mean holy crap!  If you were to make a list of top 10 types of people to not vote for Trump that would have been near the top of the list.  Now while I believe this woman, given her overall viewpoint, seemed to focus on only a couple of issues compared to all the other ones it certainly tells us that the homogeneity that we apply to Trump supporters isn’t right and isn’t helping.

The other point the video makes is that Hillary is not perfect.  There are valid criticisms to be made.  An article I read today gave probably the most important reason she lost, which is that she didn’t offer anything new.

“But, the desire for change last Tuesday was bigger than any worries Clinton was able to raise about Trump. Four in 10 voters said the most important character trait in deciding their vote was a candidate who “can bring needed change” to Washington. Of that group, Trump won 83 percent to Clinton’s 14 percent — 83 to 14!!!!”
She was going to be the first female president, and I think that will be an amazing day when it happens.  But how would she have been any different than Obama?  Nobody had been able to convince me that she was progressive in any way.  And I’m not saying it’s a bad thing.  She’s worked very hard in her life and has accomplished a lot.  She’s smart.  But I found her to be reactive, not progressive, not a visionary.  There was no change that was the center of platform that was going to be the answer than many struggling Americans are looking for.  This is just my opinion, and I am sure there are those that would disagree.  As the article states, change is what people were looking for.  A change from the establishment, a definitive improvement on Obama’s policies, a voice that speaks to all Americans and not just the ones in swing states who already support her.  In that desperation for change….well…we got Trump.

It’s unclear to me how much change this really represents, and change can certainly be negative.  I was also desperate for change, but I’ll choose slow decline over disaster any day.  But it is a terrible choice to have to make when you know that establishment politics isn’t working and the only choices you are given is the establishment and outsider who runs his campaign on lies, racism, misogyny, and xenophobia.  And what of those last 3 words.  I know many people are upset at being labeled that way in supporting Trump.  Here is the thing.  If all your concerns were legitimate economic ones, were related to health care costs, or just going for change and wanting to vote for an outsider, why did Trump bother with all the racist comments?  Why did he bother fear mongering about existential threats from immigrants and Muslims?  Why did he say that was going to take away women’s rights to determine what happens to their own bodies?  Why was any of that necessary if, as a Trump voter, none of you are these things?  Why weren’t you critique Trump about it while also praising his strengths? This is what we are all struggling with.  So here is what I want to say to the Trump voters.

I will believe you when you say you are not a racist, not a xenophobe, not a misogynist.  I understand you are feeling like your voice has been demeaned and/or ignored, and that your life hasn’t improved or gotten worse.  I understand maybe you just really wanted somebody you felt was going to cause change.  But here’s the thing.  Your candidate said many racist, xenophobic and misogynistic things.  The very words that came out of his mouth was the worst kind of populism that was intended to exploit your fears and spur your anger.  As a result, you demonized a hardworking woman who, regardless of your disagreements with her views or her ethics, she has served this country for many years, introduced a lot of legislation to try and help people and has been an active voice for equality for race, gender, and other minority groups.  I disagree with many of her policy decisions but I have no idea what it’s like being her, trying to be a woman achieving success in a man’s world of politics.  So now you have voted to put a man in power, who, if he does the things he says we will see the violation of numerous constitutional and human rights.  If he enacts the policies he says he will enact we will see the national debt skyrocket, damage relations with foreign countries, and do great damage to the environment.  And the RNC platform is supportive of many of the things Trump said he was going to do during the campaign. This was the cost of your vote.  For many people that are potential victims of the views Trump espoused during the campaign, they are having a hard time understanding how your vote was not in support of those hateful views, but solely rooted in economic change and health care issues.  You want our empathy and understanding, and you will have it, but not at the expense of injustices acted upon other people.  There are plenty of countries where governments work to make all people happy.  We should not be an Us vs. Them scenario.  It is not moral to say “now it’s time to pay attention to you, and screw everybody else.”  So let me know how I can help you, but if you are asking me to hurt somebody else to do so, I simply won’t do it.

And this empathy that you want, this desire to be seen as a human, and complex, and knowledgeable and aware.  It runs both ways.  While I have seen many of my liberal friends condemning the violence at anti-Trump protests, I have yet to see one Trump supporter that I know is on my Facebook News Feed speak out against any of the bullying and violence from Trump supporters.  The most common responses are “These are Hillary plants”, “What about the violence and anti-Trump rallies”, “Give Trump a chance”, or links to fake stories or pictures about anti-Trump protestors.  Remember we also sat through 8 years of “birther” conspiracy theories, denigrating names towards the president, constant lies about how Obama wanted to take your guns, blaming Obama for pretty much everything, and so when you now say we should respect the new president-elect, please understand how hard that hypocrisy is for us to swallow.  The person you have elected has run a campaign based on division, has espoused hate and vowed to infringe on the rights of many people that we care deeply about.  We will not trade their safety for your prosperity.  So you must also work to find a way where we can all get along or nothing will really get better for anybody.

Finally, we don’t have to like a person who, in his very own words, has promoted ideas that bring harm to people.  We don’t have to show tolerance to the hate, the authoritarianism, and the lies he told.  The cabinet he is building currently leans towards the idea that he really doesn’t care about the working class and that you’ve all been taken in by a snake oil salesman.  I hope this isn’t the case.  I hope that you can show the same amount of understanding and empathy that you expect from us right now, because quite honestly, looking over the rhetoric from the past 8 years, hearing the hateful chants at the Trump rallies, and the bullying and intimidation that’s been going on post-election, it’s difficult to see why I should be doing all the work in this relationship.  So I’ll refrain from calling you those divisive names and labels, if you work to prove that you are unworthy of them.

P.S. And if Trump does become the disaster to American ideals of freedom and equality that he espoused during his campaign, anybody who didn’t actively try to stop him from becoming president in this election is responsible regardless of whether you feel the labels hurled against you are fair.

And finally, because every once in awhile we just need some inspirational words here is the response of Buddhist teachers to Trump’s win.